For a long time Facebook has had a 20% text limit on its image ads meaning ads that breach this rule would not run on the platform. This was an annoying feature as it means that you can’t advertise a specific offer or product in detail.

The reasoning for this restriction was that images with less than 20% text performed better on the ad platform. However, over the years this has changed so now Facebook has finally decided to get rid of the limit.

The 20% text limit has been an annoying feature for a really long time. At the start of the limit, there was no way to know if the limit was reached without uploading the image to Facebook. The platform released the Text Overlay Tool to try to get rid of this frustration, which checked the image and provided feedback.

Needless to say if Facebook has decided to get rid of the 20% text limit then I will be very happy. 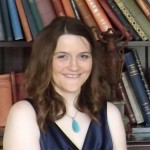 Emma Bramley is a Worksop based Digital Marketer specialising in SEO and PPC. She is a canoe slalomist, canicross runner, swimmer and bibliophile.